So What's it Like to be a Woman in Ministry?

In the Presbyterian Church (USA), women have been ordained now for 65 years. I've been ordained for 34 of those, and yes, now there are some who consider me one of the "oldtimers." I'm not - I had it so good, in a million ways, thanks to the likes of Cynthia Logan and Cynthia Campbell and Mona Bailey and Judy Fletcher and Ilene Dunn. They were the first five clergywomen I met, back in the day when you could count all the ones you knew on one hand. They were mentors for me then, and thank God, they are all mentors for me still.

I had coffee yesterday with a talented young clergywoman. She said, "I'd just like to follow you around for a month and learn what it's like to be a woman pastor." While I would welcome that, especially from this particular woman, I told her that the first step was to stop identifying as "a woman pastor." A psychiatrist friend of mine said one time that he'd never want to go to a "Christian psychiatrist" - he would love to see a psychiatrist who happened to be Christian, like himself, but he'd never work with someone who billed themselves as such. I told my friend that the first step was to knock that identifier off of our shoulders and to instead be pastors who happen to be women.

I wish I had thought to talk to her about the concept of "social location:" that we all approach something, whatever it is, with the set of identifiers that we have been given. For example, I approach ministry as a woman, wife, mother, daughter, sister, Christian, Presbyterian, Texan, college grad, seminary grad, etc. That is the particular hand I have been dealt, and it will always influence how I approach life. I am the sum of those things and more, and those become the glasses through which I see and feel and act. 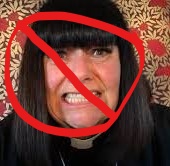 This morning I got to have my bimonthly Zoom coffee (we ARE in a pandemic, after all) with my closest girlfriends from seminary. We discovered that our gathering every two weeks helps not only to reconnect us during times of necessary isolation but to keep us sane. Ministry for us bears a wee bit of resemblance to one of our favorite heroines, "The Vicar of Dibley," but she is a fiction. We all do ministry in real-time. I posed to them the question that my friend posed to me: what advice would you have for someone in ministry who happens to be a woman?

Catherine said, Be Present. Show up. Be who you are, and don't be afraid to do that. It's not about technique. (perhaps a more eloquent way to talk about "social location")

Janice said Trust who has called you there. No apologizing. Everything we've done for years has been prepping us for this moment. We remembered a professor who advised us as we were studying for our ordination exams that "you've been preparing for this for three years. You're going to do fine." In the classroom, in the study, in the pulpit, it's the same. With the partnership of God, the God who is faithful, we've got this.

Candi said Draw your boundaries and draw them hard and close. Later, it's much harder to restrict them than to enlarge them. People have this way of asking clergywomen to do things (make pies! serve breakfast!) that they would never ask a clergyman to do. Know what you're willing to do, and what you're not.

The four of us began to share how we got ourselves to seminary. Through watching a movie, Candi found herself in her pastor's office saying "I think I'm supposed to be a minister." Catherine thought, "This is the next step in my education." Janice had a clergywoman and other friends who told her to get up and go. My thought hadn't gone past "Am I supposed to go to seminary?" I didn't even know how to articulate what I would do when I got there, but I guess that going to seminary was the "next right thing" for me. (I think, in my case, God has always had to give it to me in small bites) In each case, no one gave us any instruction on how to do it. No one took our hands. But in each case, we had encouragers and continued affirmation. I don't know how I would remain in ministry during this particularly difficult season were it not for the encouragers in my life.

Part of that encouragement comes in the form of the ability to share, and to hear, difficult stories. In the course of our conversation, one of us shared a most painful situation from decades ago that had surfaced in the past week. The rest of us were not expecting the conversation to take the turn that it did. We listened. We cried with her. We processed in our own way as she was processing in hers. After a while, we realized that this is frequently how ministry happens, at least in our lives and our experience. You never know when someone's going to "drop a bomb" and tell you something - in your study, at Starbucks, at a sporting event, wherever. Folks have to feel safe enough, and comfortable enough, and trusting enough to share with you. And if and when they do,
they will share with you when the time is right for them - which is not usually a time that you will expect or foresee. We realized the importance of the ability to share and to receive and hold, even as we served that holy function for each other over a Zoom call.

We also realized that the same thing happens within congregations. Sometimes, in the place where you think it would be most likely to happen, it is not at all likely that people would get the permission or the freedom to talk about a traumatic event, even one which happened in their own congregation. It can take a generation or two for difficult conversations to surface. Trauma digs deep into our lives, as individuals and as congregations.

Back to "women who happen to be ministers:" sometimes the stories with which we are entrusted will go deep enough that it will trigger traumatic stories and memories in our own past. In such a time, Candi's advice is this: it is okay to sit and listen, and to ask clarifying questions. If you find that you can't do it, find someone for them who can. Care for yourself in such a tender time.

So, what's it like to be a woman in ministry? Complicated. Pocked with land mines. Full of gifts, including your closest seminary girlfriends. There's nothing I would rather do.